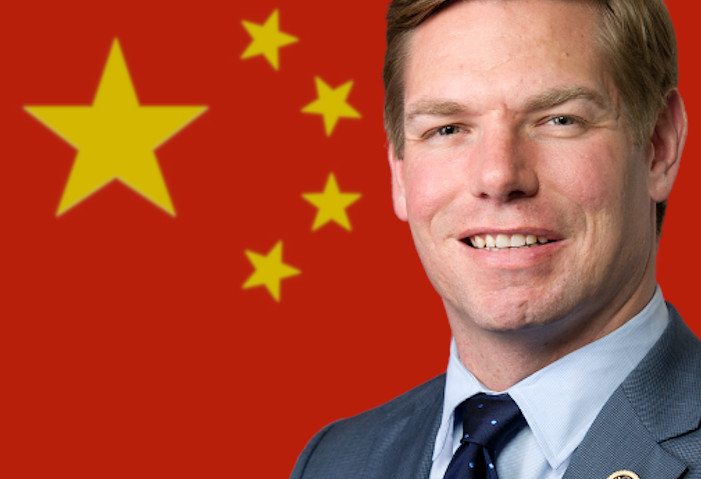 Now that the election is over (in the opinion of the mainstream media), it seems that some in the journalism profession have decided that they might just report some real news for a change of pace. And the news that they have brought us is truly startling.

Yes, it does, because the trap was sprung on none other than Eric Swalwell (D-CA), one of the most anti-Trump members of Congress who told us daily about Russia! Russia! Russia! Collusion! Manipulation! And yes, he even cried treason!

Well, it turns out (as always) that whatever the Socialist Democrats are accusing you of … is exactly what they are doing, and so it is with the Congressman from California.

Seems that Swalwell was targeted by the Communist Chinese, who sent Fang Fang (who adopted the western name “Christine Fang”), an extremely attractive woman by all accounts, to infiltrate the Congressman’s inner circle.

This was executed so successfully that “Christine Fang” was able to convince the Congressman to accept a Chinese intern in his Washington, D.C. office. Now, we could get into the matter of whether or not Swalwell slept with this woman.

The woman attended numerous campaign social events to further his political career. She bundled millions of dollars in campaign contributions… and like Adam said to Eve – “You look awfully good to me, baby!” – one can only speculate on what the “pillow talk” might have been about.

What matters here is what happened when the FBI notified the Congressman that he was hanging out with a known Chinese spy sent here disguised as a college student to penetrate the inner circle of US politicians. What happened was STARTLING!

The FBI tipped off the Congressman who (we imagine immediately pulled up his pants) told Fang Fang the FBI was on to her and so she returned to China. End of story, right? Wrong! In the wake of this calamity (*side note – this could not have happened to a more “deserving” Member of Congress) there are several national security questions that must be asked in order for the public to feel that our national security apparatus is working:

It should also be noted there was a time in this country when we could depend on our National Security Agencies to keep us shielded from such threats… but it no longer appears that way. We have been infiltrated, we are vulnerable, and there does not appear to be any relief on the horizon.