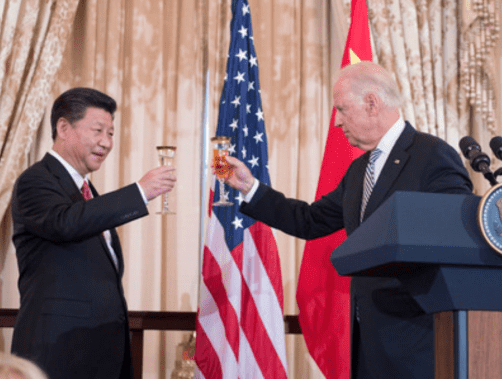 It is becoming increasingly clear that we are about to enter a new era in our country if the current reported outcome of our recent election is allowed to stand. I refer specifically to the threat that is being garnered in the realm of national security and defense.

The projected Biden Administration reflects the past. A past that we all felt was dangerous in its approach to world threats such as Iran and ISIS, and that is why we elected a political outsider in 2016. However, four years was enough time to “drain the swamp” or drive out all the elements that were left behind to ensure that the echoes of the past remained to haunt us in the future: the slaughter of innocents like Richard Pearl, the Orlando Night Club massacre, terrorists in California attacking a Christmas party, and pallets of cash being delivered in the dead of night to the world’s biggest proponent of terrorism.

While all of that was going on and our government did little to stop it, they were also being manipulated by what is now clearly our biggest adversary and competitor in the world: China.

As recently as a few nights ago, Tucker Carlson of FOX News introduced us to a vetted video of a Chinese economics professor at one of China’s most prestigious universities telling his audience that China has America by the scrotum (my words, not his – he was speaking in Chinese). What he did say was that China has significant influence and friends on Wall Street as well as a tight circle of politicians in Washington who are favorable to Chinese efforts around the world.

It was clear from his presentation that China does not like Trump – “He is the only guy standing in our way – he cannot be bought, we tried.”

China has built its military on stolen intellectual property from the United States. They have prospered for many years on a very unbalanced trade agreement, and now China’s Navy has surpassed the size of the United States Navy. China has demonstrated a hypersonic missile that was developed for the sole purpose of “killing” an aircraft carrier. All of this tells us that China, and not Russia, is the existential threat to America and to the world. We know that Joe Biden and his immediate family have been bought by China.

We have eyewitness testimony (Tony Bobulinski interview above) that tells us this is true; now we have the Chinese themselves telling us about their relationship with Hunter Biden, and I am overly concerned that there is no one listening.

So… who does Biden select as our potential next Secretary of Defense, but a retired 4-star General, General Lloyd J. Austin. Let us not talk about the “revolving door” between the Defense Department and the industrial complex in the case of General Austin, although there is plenty there to discuss. Instead let’s focus on what General Austin is reported to be good at – Middle East Policy.

“I think he’s been wrong on nearly every major foreign policy and national security issue over the past four decades.”

Demonstrating once again what the former Secretary of Defense Robert Gates told us about Joe Biden- that he has been on the wrong side of every foreign policy decision for this country over the last 40 years – it appears he has done it again. The Middle East is the quietest it has been in the last 50 years for several reasons, most of which are directly attributable to the efforts of President Donald Trump and his policies. So, if that is the case, why is Biden proposing General Austin as the Secretary of Defense, if we are now sure that China is the main threat?  Easy: he is African American, and it punches the diversity ticket.

China, the Pacific, and our allies in that region are the ones that we will need to deal with in the next administration, so shouldn’t we be looking for a Secretary of Defense with the background, experience, and knowledge of that part of the world? This is not simply about diversity and skin color; it is about national security, and it appears that Joe Biden has once again made the wrong choice.