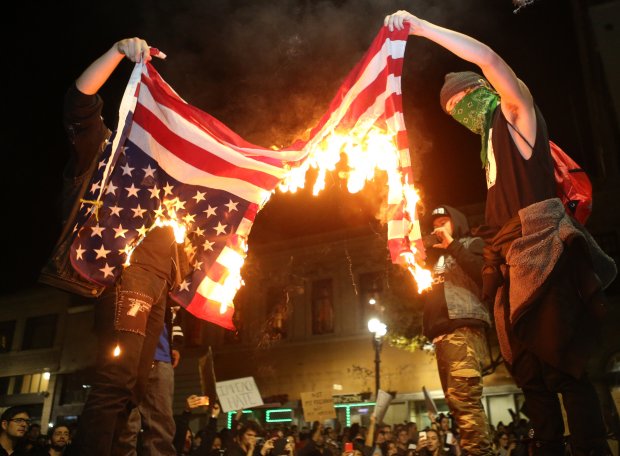 From A Fed Up Patriot In Montgomery County, Maryland.

Webster’s dictionary defines complacency as “a feeling of quiet pleasure or security, often while unaware of some potential danger, defect, or the like; self-satisfaction or smug satisfaction with an existing situation, condition, etc.”  Laziness and complacency are semantically related. In some cases, you can use “Laziness” instead of “Complacency.”

Recently, if one has been following the news, they are aware that our country is at a positional crossroads.

America as we know it is being fundamentally challenged by extreme leftists bent on transforming America into a socialist/Marxist country.

The Washington Free Beacon last week reported that big money and forces are behind the Democrats to assist in this cultural revolution. The article went on to say post-election mobilization isn’t just a project for the liberal fringe, but is rather a powerful Democrat interest group with a massive dark money network.  The author went on to detail how many hundreds of millions of dollars are funneled through laundering organizations into Democrat causes.

We are up against enemies of America who are expertly organized and well-funded.

So, what does this mean for America? It means American voters must no longer be complacent. Normal, conservative Americans must take a stand. They must vote their conscience if America is to continue to be the land of the free and home of the brave. If you are a student of the Bible, you are aware that the apostle John wrote to seven of the early churches of that day. One church in particular, the church at Laodicea, located in modern Turkey, was a focus of John’s writing.  The message to Laodicea is one of judgement with a call to repentance. The traditional view has been that the Laodiceans were being criticized for their neutrality or lack of zeal (hence “lukewarm”). In Rev 3:15-16 John describes the Laodicians:

No one likes lukewarm soda or water; to be lukewarm in today’s political climate is to write the final chapter for America as we know it.

Should the Democrats succeed in winning the election, they have already told us they will change the structure of our court system, stacking our courts with leftist, liberal judges. The 2nd amendment will be revoked. The killing of babies through abortion will continue. Our freedom to worship will be revoked even as churches have been penalized and silenced during the coronavirus. Our 1st amendment freedom of speech will go away through the elimination of words that are designated as not “politically correct.” Our freedoms that we have enjoyed in America will be limited, as we have witnessed during the pandemic, or as I call it the “Dem-panic.” The violent lawbreakers will be given a free pass and the law-abiding citizens will be punished.

The America we have witnessed over the past several months will become the norm.

Those Democrats who lead us in the House and Senate will continue their disgusting politics. The Justice Department will become the Injustice Department. The double standard between the elite class of rulers will become even more visible and tolerated.

The time for straddling the fence is over. Every vote counts. Franklin Graham reported that 30 million Christians did not vote in the last election. In the 2020 election every vote is needed. Please don’t be complacent. Our Judeo-Christian values are at stake.