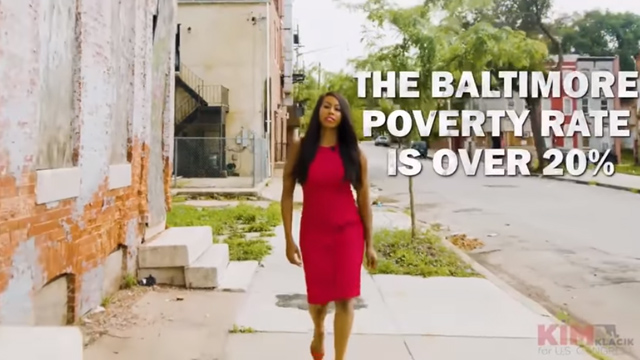 Now the one glaring exception is the candidacy of Kimberly Klacik, the Republican candidate running for the Congressional seat in Maryland District #7, representing Baltimore. Kimberly recently upset the Twitter/Facebook world by posting a campaign ad that received over 9.8 million views. This of course is an outstanding return on the money spent to produce the ad, and it was effective. Imagine if all our candidates could garner 9.8 million views on Twitter or Facebook… it is hard to imagine, isn’t it?

But let us look at the reality here. Maryland District #7 does not have anywhere near 9.8 million voters, so while the ad was widely seen, we really do not know how effective it will be in moving Kim’s campaign forward.

Remember, it was only about six months ago that she was the Republican candidate in the Special District 7 election, and we all know how that turned out. Interviews on FOX are always a good thing, but given the constituency of Baltimore I am not encouraged to believe that a lot of voters in that district are tuned into FOX.

This is not a criticism of Kim by any means; in fact, I had the unique opportunity to meet her face-to-face at CPAC in February of this year, and I think she represents all of the right policies that Republicans and Conservatives should bring to the House of Representatives in Washington, D.C.

We have a slate of candidates across this state who are just as worthy of attention as Kim, who face tough, uphill races in their respective districts and who we should vote for on the Republican ticket to ensure a house win… but many remain a mystery to the voters because the Republican apparatus in Maryland is not paying close attention to these candidates.

Every once in a while, there is a post about a political event, such as it is given the health challenge, and enthusiasm for that candidate builds… but then it’s over and the excitement (and sometimes, the candidate) seems to disappear.

Start to publish a daily post for the candidates in your districts; get the word out so that voters will know and understand the importance of getting our Congressional candidates elected. I know from my own past experience that many times you will hear voters who might otherwise be like-minded say, “What’s the use? My vote does not count in Maryland.”  Even if (and we all hope this is not the case) they do not want to vote for the President, they still need to vote to change the U.S. House of Representatives–that happens district by district.

In my own Maryland Congressional District #6, our candidate Neil Parrott faces David Trone, a multi-millionaire who spent $15 million dollars to buy the District #6 seat. Neil has been serving in the Maryland State House, but now he faces the challenge of his life. How much is incumbent Trone prepared to spend this election cycle to keep his seat? On the other hand, how much does Neil have to fight back? Trone sends mailers to every household in the district, under the guise of being our (complacent) Congressional Representative. Neil has no such advantage; he needs us to get the word out as do his counterparts across Maryland. Yes, even Kim is not done yet.

So, we need to band together, use the resources available to us, and make sure that Republicans and Conservatives across Maryland know that district-by-district, their vote does count. Make sure they know who their candidates are and that it is important they GET OUT THE VOTE!